I’ll be the first to admit: this year started and continued with lots of trepidation. It wasn’t just the (frankly) terrifying political air that stuck to everything like a bad odor. It was my fear of letting go our “beloved” charter school with Zoe’s graduation, and transitioning one child to public school for the first time, the other transitioning to high school. I *might* have made a bigger deal of that than I should have.

I was going to make this post a month to month break down, but I don’t think that’s as valuable as my biggest takeaways as a parent, a blogger, a businesswoman and a woman. So without further ado, here are all the major things I learned in 2017: 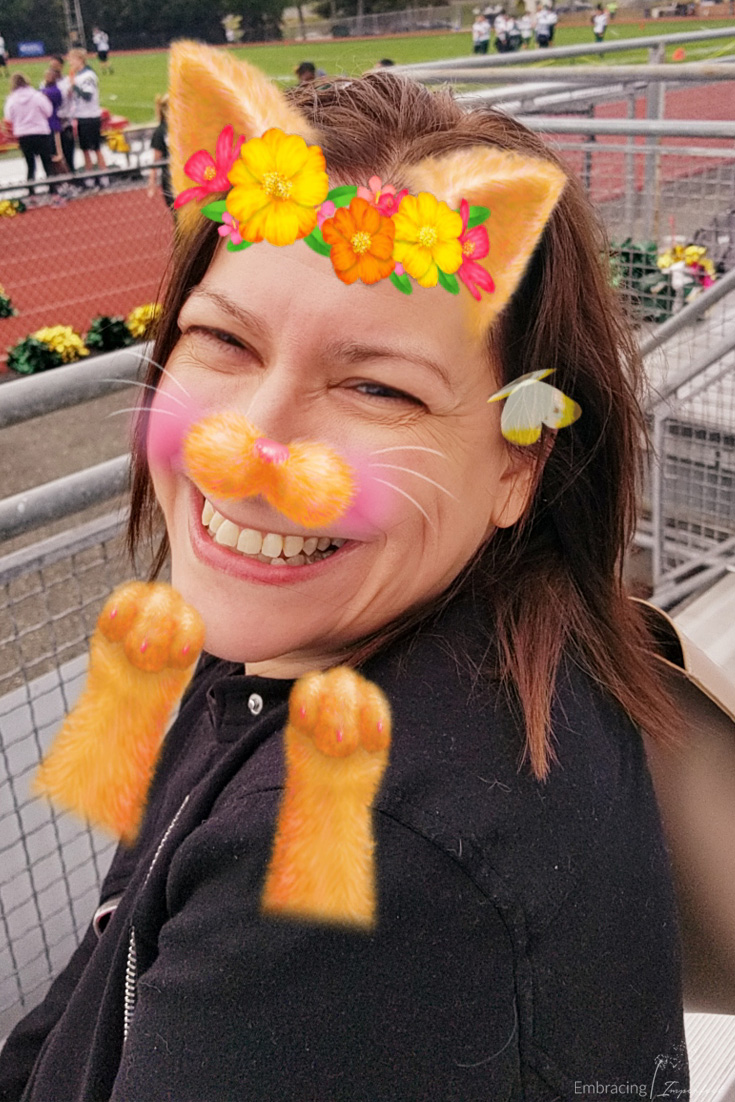 1. You Make Your Own Success

This is a hard lesson for me, but it was also kind of a lightbulb moment. And it meant I had to do one thing:

My blog, my audience and my income is not where it needs to be and it’s because of me. I don’t work hard enough. Now, some of that has been a choice. I do want to be there for my family! But if I’m realistic, I have spent time I could have been nurturing, planting and growing this endeavor to better benefit you. That’s part of my why – to help you. If I’m not doing that, what is the purpose? And why wouldn’t I want to help even more people?

In fact, when I look back at this year, I can see that I filled it with so much fear and worry that I got caught like deer in the headlights. When I get overwhelmed, I tend to freeze, then I get stuck and carrying that exhausts. I got the end of many days completely wiped out, without accomplishing anything.

Now I see how successful entrepreneurs work – and I probably can’t get that far, but there are far more things I can do. I’m going to start with that in 2018, week by week, slowly improving my work to bring in more readers, and more posts with more daily value.

2. Keep My Opinions To Myself

2017 for sure was the year of people complaining. As for me, God has been working on bridling my complaining tongue for nearly 3 years. So what’s the flipside of complaining?

You can’t be on Facebook – or any news network for that matter – for more than 5 minutes without hearing someone break down whining about something or other. What good does that do? Sure, your opinion is know, but, really, does anyone actually CARE about your opinion?

Does anyone want to hear my opinion, OR do they want solutions? Answers? Responses?Maybe what they really want is truth, trust and comfort. You can call me a coward and you can say I’m part of the problem, but I was convicted this year to keep my political opinions to myself. I clearly knew that God wanted me to do that. I have been, to an extent, silent professionally but God pushed me on the fact that stating, yelling or pushing my opinion was simply a selfish construct. And the thing about opinions is that, honestly, they are not the same as truth. Opinions are fickle, they can chance and they hurt people.

Is that why God blessed me with a platform? To spout my opinion, which you don’t care about, or did He create this blog so that I can give you information you really need to help yourself and your kids, to inspire, uplift and encourage you? That’s why I’ve kept quiet all year. Of course, I have shared opinions on pharmaceuticals and vaccines and the dangers of autism, but those are issues that all political parties fail at improving, if you ask me. Politics is OFF the table – and YOU can support anyone you want to because I serve all my readers equally!

OH, and by the way, this is the year I applied this logic to politics, but I’ve done it in the past (years back) to help save my marriage. So replacing harsh, judgmental opinions with kind, inclusive verbiage has ALL kinds of benefits, for marriages, friendships, work relationships and more. 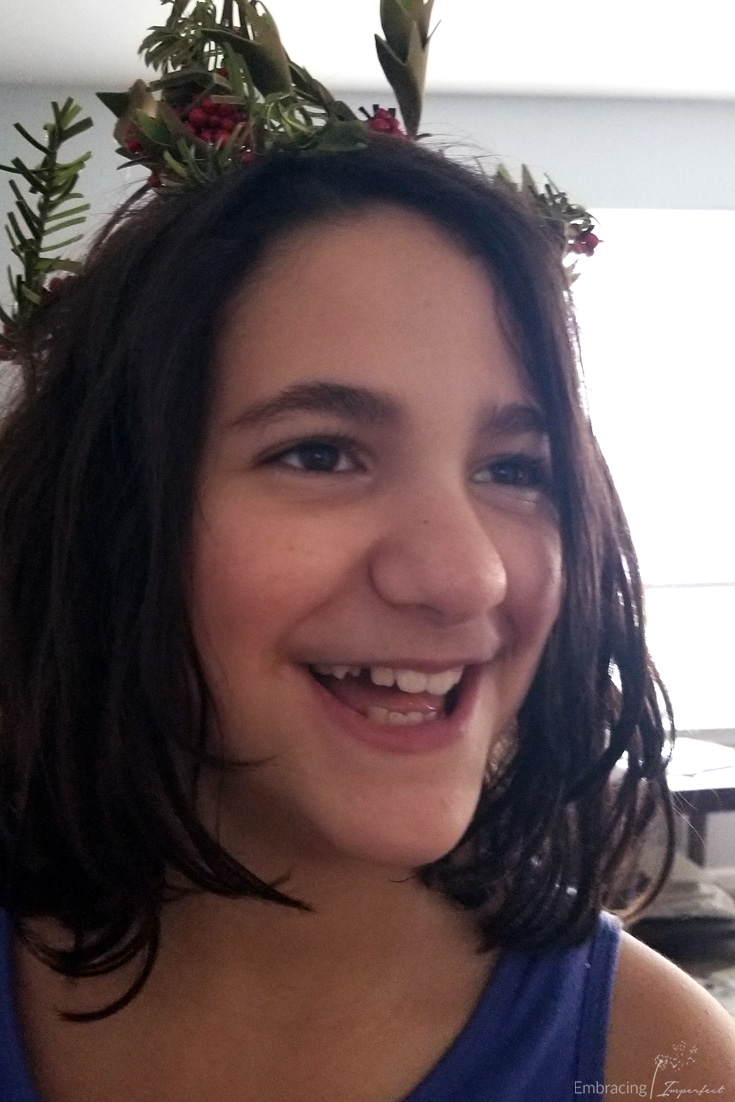 3. Trust God Even When You Don’t Want To

I felt clearly that God was making me change my approach to healing the children. First, he made me drop my homeopath. That was confirmed, too, by my “not as far along in the faith as me” husband. I really didn’t want to do this, even though homeopathy had more or less plateaued for my kids. Then we switched to a biomed doctor, and I felt a great big “Are you sure?” over my head. So I stopped doing that, while waiting for more confirmation. Then I signed up with a program with a known expert who actually focused on older kids. One video in, I saw she used some ungodly techniques. (She even kind of poo-poohed Christians a wee bit.) So I knew that I had to stop that. My kids were never going to get better!

Except they did. They are excelling in school. They are more verbal. Just today, I noticed Zoe’s eternal eczema on her arms seemed to dry up. God honestly had told me in my heart that HE wanted to be responsible for the healing and thus, I had to drop everything else, especially anything that skated on the questionable.

He knows better than me, that’s for sure! We still have issues, and I realized that most of what the biomed doctor was doing actually had been confirmed. So as soon as we have budget, we are going back to him, but with the caveat that we NEED to heal some of the pressing issues that are just not budging. Time’s a-wasting! Now God just needs to provide the income…

4. Sometimes The Conventional Route Is The Best One

I never like going the mainstream route. I’m always down for unconventional, around the back, there’s a window to climb in, spontaneous approach to life. Our charter fit me like a glove – until it got corrupted by selfish parents and self-serving administrators. (Still has awesome teachers though.) So, with much kicking and screaming, in the spring it became painfully obvious (as it did last year in the spring) that Zoe now needed to go to public school.

Oh, and get this: She didn’t end up in the same special ed as Amelia but the very exclusionary Autistic Support Room. AUGH. I’m still unhappy about that but honestly? Zoe is happy. Zoe is working. Zoe transitioned quicker than all of her classmates and is interested in them. (I’m annoyed that they don’t get a class photo – what the HECK is that about? How am I supposed to help her make friends??)

In fact, we have MANY MANY days with the note, “No issues at all today. Worked well.” AND we’ve only had I think 2 or 3 refusals to get on or off the bus. That’s probably 30x LESS times than her last year in the charter school! Ok, ok, so maybe a girl with autism prefers a whole more structure than her creative mama. To each her own. I’m so blessed she is there, even if there are things I still hate about it. (Ask me about inclusion there sometime, it sucks.)

Meanwhile, Amelia transitioned to the very large public school. She’s in special classes for everything but science (ugh, they’ll be doing vaccines!) and social studies (she may have a crush on the teacher – I remember those days well!). She toured the vocational high school that EHS is partnered with and LOVES it (not sure she’ll get in next year though). She is nearly on her own already in hallways and such. She’s very responsible and while I think her ID / IQ levels are lower than in the past, she’s happy and doing well.

Traditional routes can be the way to go.

Or  nontraditional. The answer is, whatever works that is in line with your values and your means. (I think people forget that last one. You can sacrifice as much as you want, but you still need to eat and have a roof over your head.)

A Look Back At Successes

I’m not going to sit here and list the failures. I will say that I have learned from some of them and some I have found that I need to learn to accept. Still there, have been great achievements by the kids! Here they go:

March gave us a gift: Amelia was named student of the month at the public middle school she attended for only one school year. 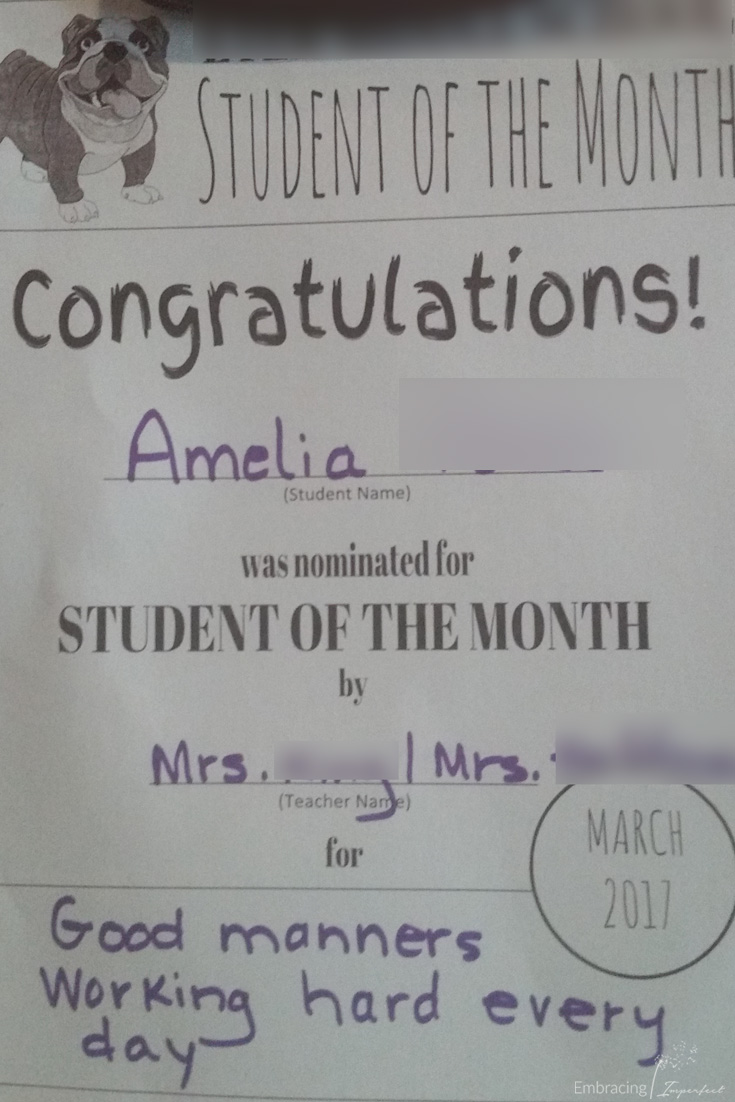 In May, I went with Zoe to her major Philly Field trip from the charter school. It was awesome and and amazing trip. 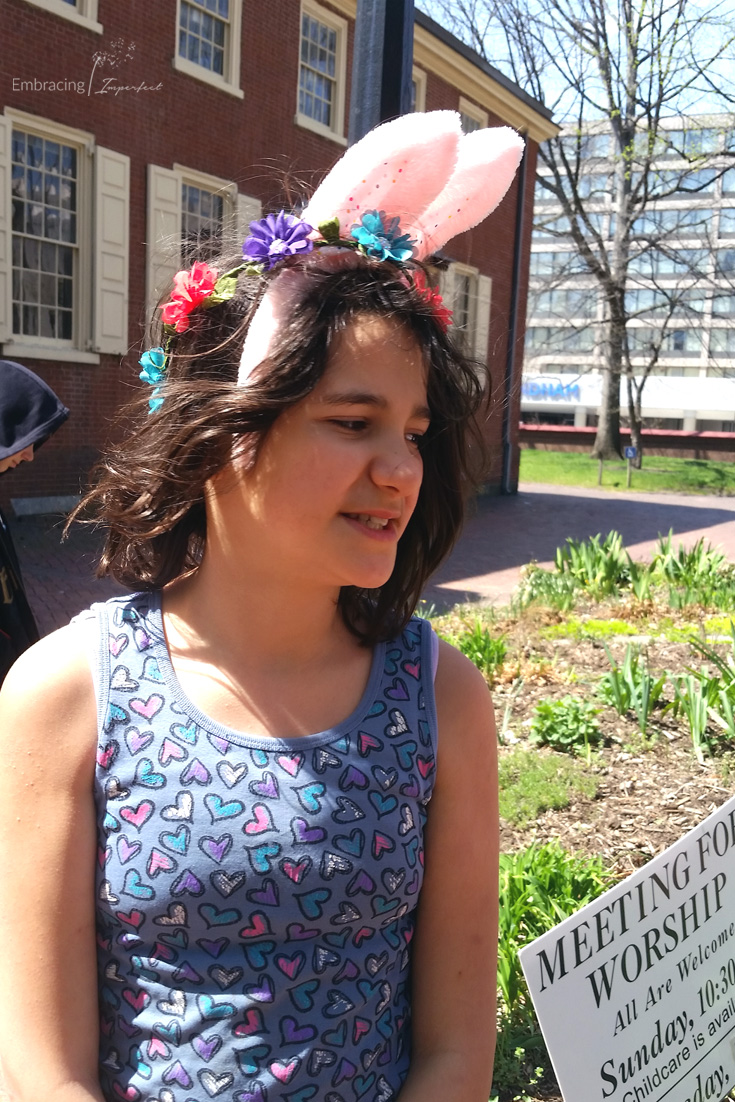 In June, it was graduation time for Zoe! And I learned that middle school doesn’t graduate to high school, which makes no sense to me!

We took a trip as a family to Liberty Science Center in New Jersey. I learned that Zoe LOVES the city. I knew this before from when we went years ago, but she REALLY dug the Manhattan skyline view from our hotel!

In August, after experiencing summer session in their new schools, both girls transitioned quickly and easily into their new schools. Both had a few rough days but integrated very well. Zoe even adapted before the other kids in the class, and started even checking with the other kids to see how they are. My girls may have autism, but she loves people!

In December, Amelia’s teachers consulted with the high school’s chorus and did a special concert with the kids in special ed – and it was wonderful!

Overall, it was a good year. I’m over labeling anything a bad year. You live, you suffer – you learn, you grow. You achieve, you succeed – you enjoy, you give. This year, I overcame those personal issues above and learned to lean more heavily than I could imagine on God. It’s difficult now to have that trust on other issues, but I need to hold on what I know.

Wishing you all a great 2018, with plenty of lessons learned and maturity going on ahead.

Download my book full of detailed worksheets to help you plan for your child!

Goals for Kids: Moving Your Family Forward in 2018
In Search of Real Friends 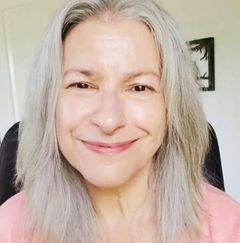 I’ve been blogging since 2002 with about raising girls with with disabilities. I'm on a mission to help moms like me thrive and live toxin-free! Read more!

Embracing Imperfect is a participant in the Amazon Services LLC Associate Program, an affiliate advertising program designed to provide a means for sites to earn advertising fees by advertising and linking to Amazon.com.

Copyright, 2020
All rights reserved. All use of images or content strictly require permission from blog owner.