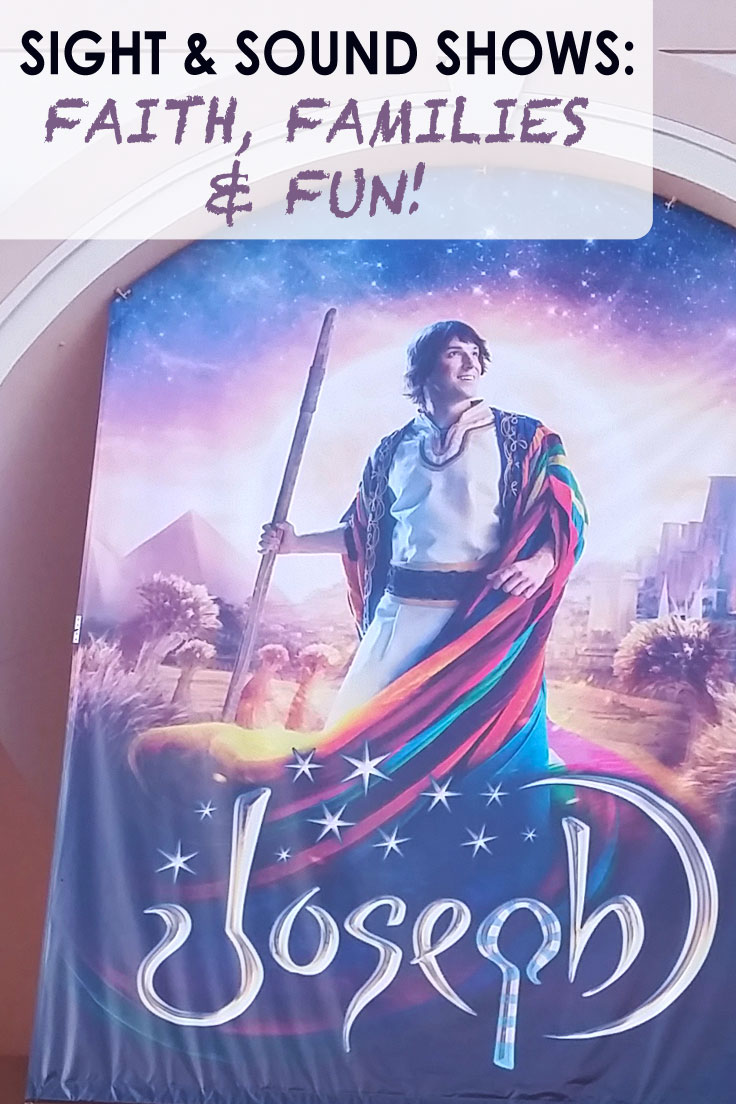 When I got the opportunity to get tickets to review the show, “Joseph” at Sight & Sound Theatres in Lancaster, PA, I was so excited! It’s not just that this theatre puts on an amazing show filled with talented performers, lights, animals and special effects, it’s also that I got dig in deep into this story with my Bible study earlier this year. To see it brought to life was amazing!

The story of Joseph, his 11 brothers and his dreams is one of the last stories of the first book in the Bible. I recommend reading the full story (Genesis 37, 39-45, 47), but it is basically about the 2nd youngest – and favorite – son of Jacob, who had sons by 4 women. (Mistake #1, I’d say!) God grants Joseph some prophetic dreams at the age of 17, in which he is risen above them. Already ticked off by their father’s indulgence of the son who should not inherit, the brothers scheme to have him killed but end up selling him into slavery. He makes good as a slave, pleasing his owner, Potiphar and rising through the ranks, until Mrs. Potiphar puts the moves on him and he ends up in jail. Years later, another pharaoh finds out he can interpret dreams and brings him forward. Joseph tells him that God interprets the dream and then goes on to tell the future – in a way that will save all of Egypt from a terrible famine. The pharaoh is impressed and promotes him. Later, the brothers return and after a drawn out interaction, Joseph finally forgives them and is reunited with his family.

Ok so that’s very short, but the BIG takeaway is that while Joseph needed to be brought low to eradicate that pride so that God could use him, Joseph’s unwavering faith in God shines through the whole story. Joseph goes from being irritatingly jubilant about his awesome gift from God as a teen, to telling the king of the land that he could not interpret dreams – only God alone has the power to tell their meaning. 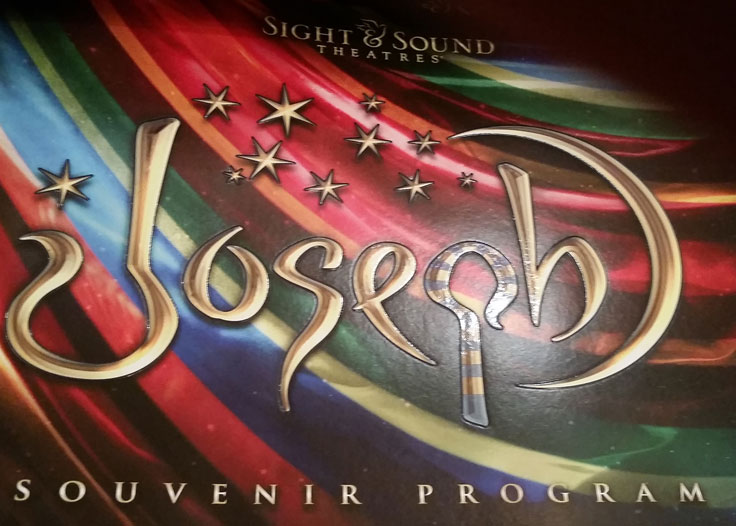 I loved Sight and Sound’s “Joseph” production because the audience was filled with Christians of many different denominations. When Pharaoh at the end responds  to Joseph’s advice to find a wise manager by saying, “there is no one so discerning and wise as you,” I kid you NOT, the audience exploded in applause. I did too! After all Joseph had gone through so many struggles and dark times. He went from being a slave to being the top man in all the land other than Pharaoh himself, bringing his family to the best part of Egypt so they didn’t have to suffer the famine, and being a mighty hero in the eyes of the Egyptian people.

The lesson of Joseph is that when we are faithful to God, no matter the circumstances, He is faithful to us. Sight & Sound also does a wonderful job of tying all this back to the New Testament. (In my Bible study, we realized that this, like so many Old Testament stories, is a foreshadowing of Jesus.) Little pieces, like the foot washing as the table is set for 12, brought a little shudder when you realize Who this story is really talking about.

If you are going to take your family to one of these Sight and Sound Bible productions, here are a few things you should know beforehand:

Finally, Christmas is coming. So not only do I recommend you get tickets for “Joseph,” you might want to take your kids to one of their Christmas shows. We haven’t been but are considering it for this year.

Sight & Sound’s “Joseph” is a beautiful, moving live action telling of the Bible story that will uplift and inspire you even before the actor flies through the air over your heads at the very end.

Download my book full of detailed worksheets to help you plan for your child! 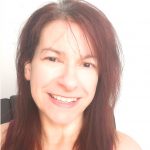 I’ve been blogging since 2002 with about raising girls with disabilities & autism. Learn what your doctor won't tell you about food & medicine, discover real solutions that help your kid and relieve daily stress. Read more!

Subscribe to Receive 5 Tips to Help Your Autistic Child

Embracing Imperfect is a participant in the Amazon Services LLC Associate Program, an affiliate advertising program designed to provide a means for sites to earn advertising fees by advertising and linking to Amazon.com.

Copyright, 2020
All rights reserved. All use of images or content strictly require permission from blog owner.